The app is intended for swimmers and their coaches. Using the app is pretty straightforward. The user picks the swim event of their choosing and the target time for that event and the app recommends optimal splits for that time. Though the algorithm for recommending splits is simple (using percentage of speed for each part of a race), it is not really possible to calculate the times during a swim meet without a tool like this app. The swimmer and his coach can then discuss the splits before the race. After the race they can compare the recommended splits with the actual splits from the race. 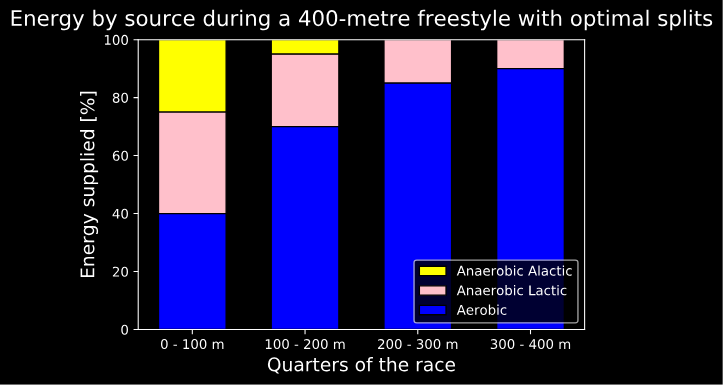 If the second quarter of the race is too fast, swimmer would consume more energy from the Anaerobic Lactic system. That would create more Lactate and limit performance later in the race (assuming similar ratios of aerobic and anaerobic capacities of swimmers).

SCY (iOS only at the moment)